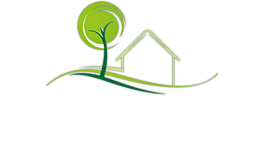 ​The Farmley site is situated in a quaint setting in the rural heartlands of County Kilkenny, approximately 14 km from the county’s medieval city. We were approached by a young professional couple to design a bespoke ‘classical style’ two-storey dwelling on a gently sloped green field site. A busy local road lies adjacent to the southern boundary and a series of plentiful mature hardwood trees adjoined the western boundary. A series of nondescript single storey dwellings were prevalent to the west of the site position.

The castle at Burnchurch is visible from the site and as such we consulted with the planner on our design ambitions and the relative proximity of the site to the National Monument. In conjunction with our clients, we decided to position the dwelling in a central location on the site – a dimension of roughly fifty meters from the roadside boundary. We were commissioned to design a 272 square meter two storey dwelling and a 35 square meters single storey garage. The client required an open plan kitchen and dining area and a separate (yet linked) sitting room, living room, spacious foyer and a playroom which can double up as an office space.

The upper floor consists of a spacious foyer and stairwell, three bedrooms, a bathroom, a master bedroom, en-suite and walk in wardrobe. The combination of a two storey and single storey elements create an interesting architectural form, composition and shape. The garage design resembles the architectural style of the single storey element thus creating an interesting visual interaction, correlation and play between each structure. The landscape garden design was jointed undertaken by the MTM Landscape Architects and Patrick O’ Meara Architects Ltd. 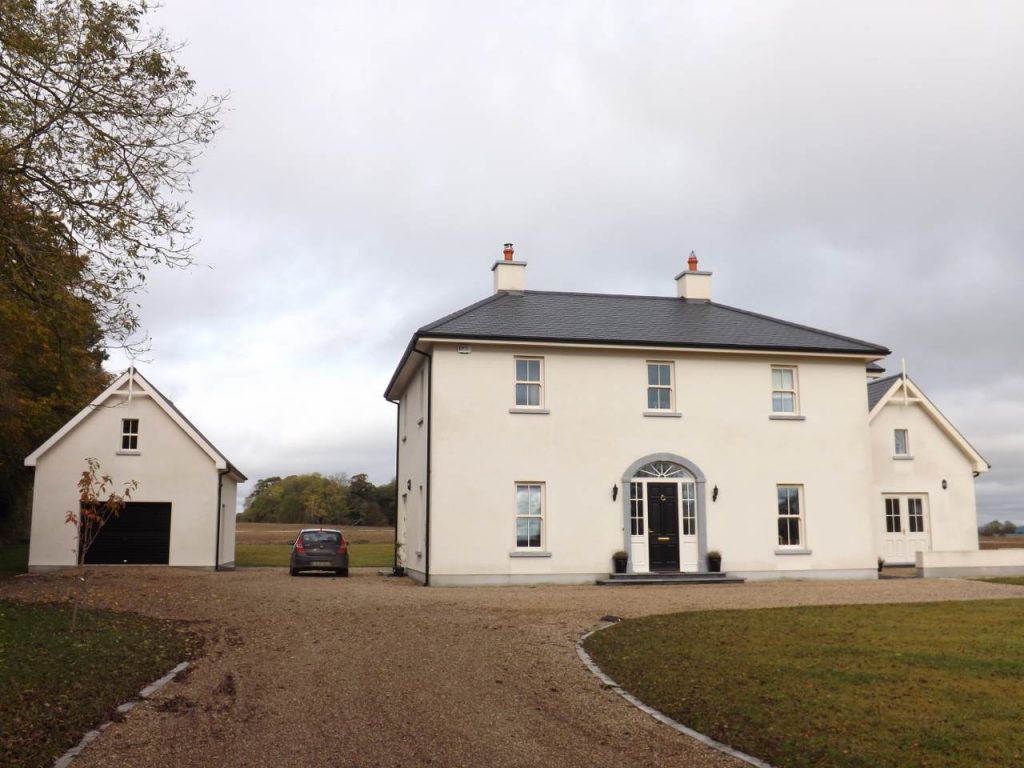 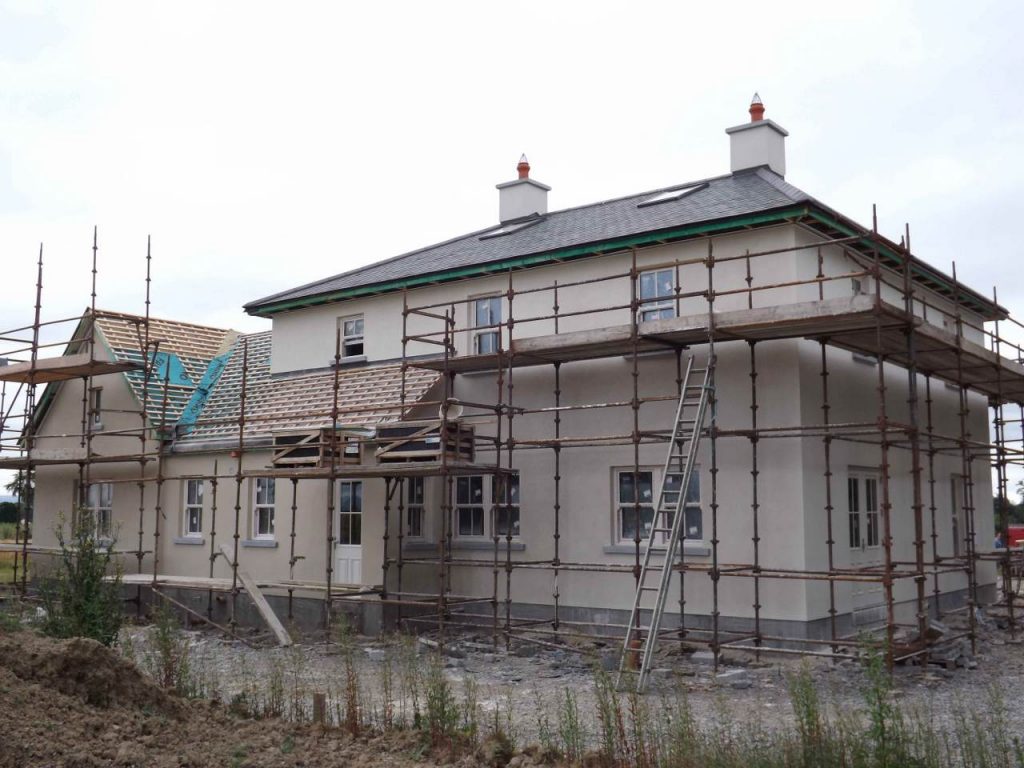 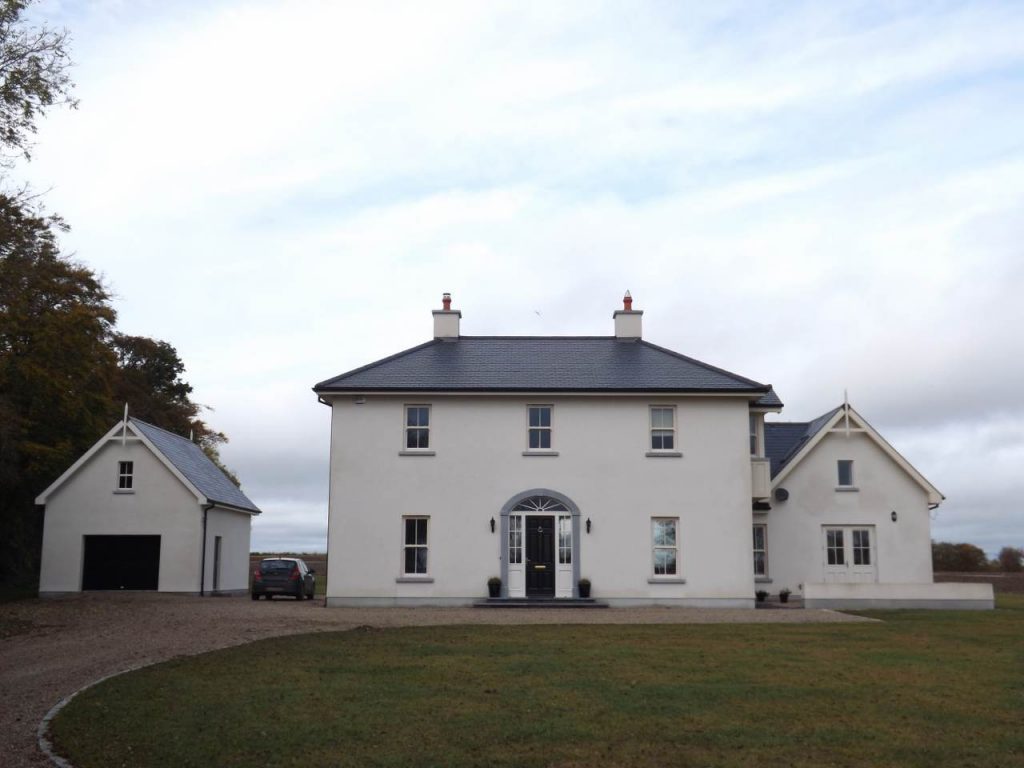 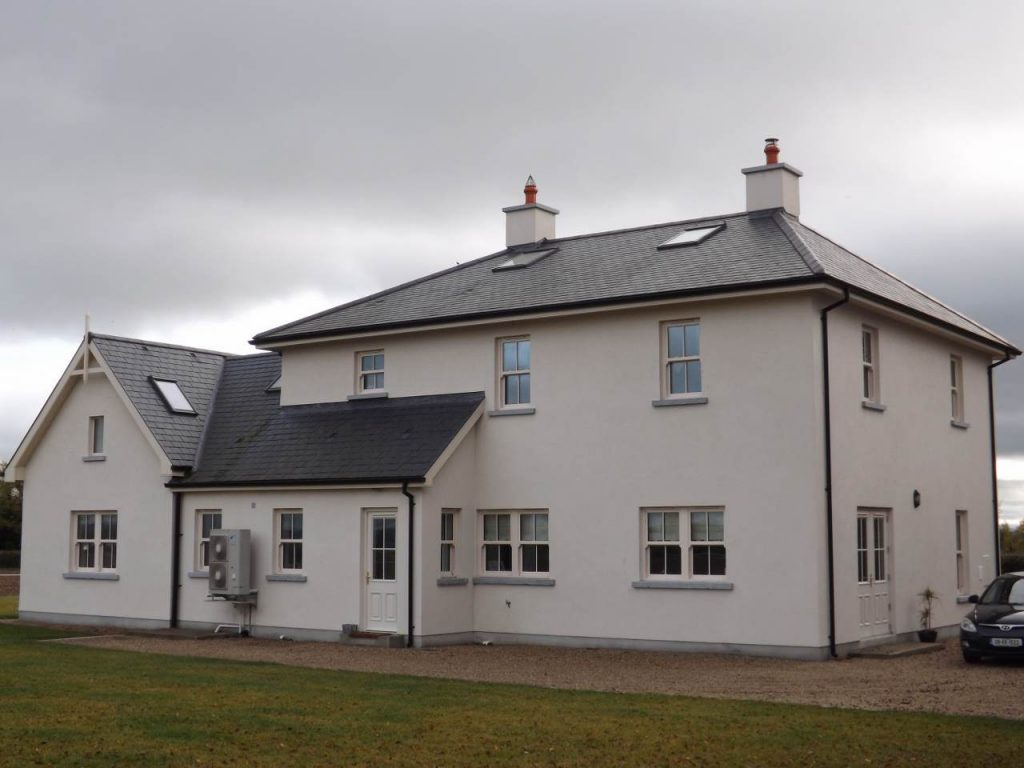 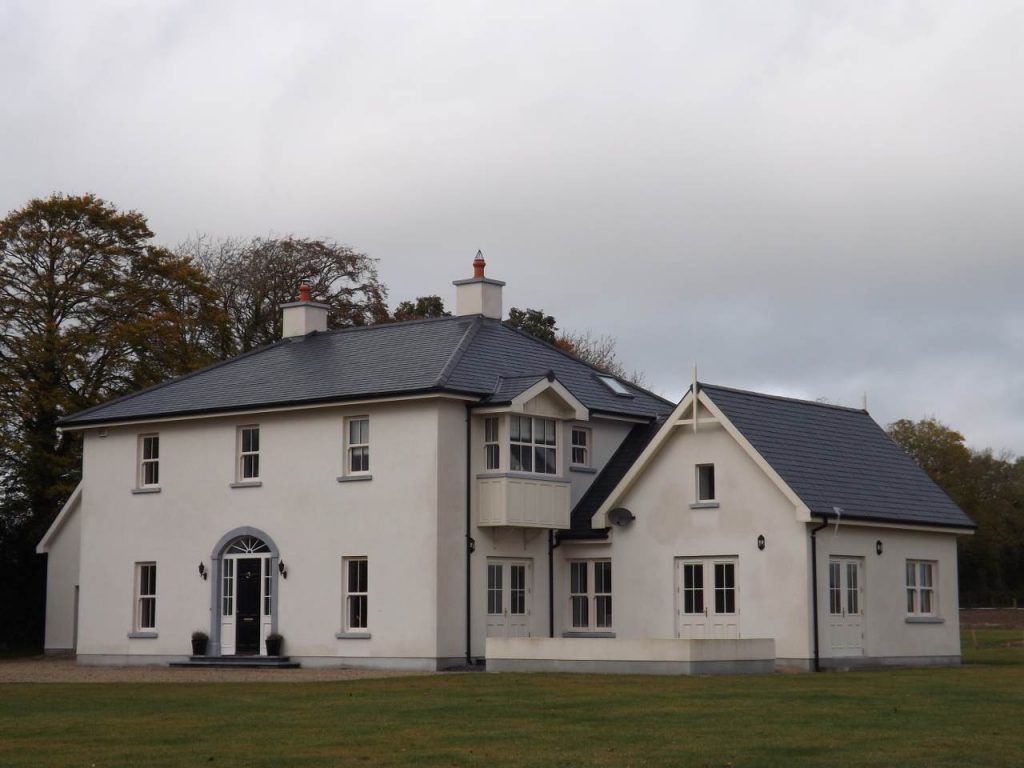 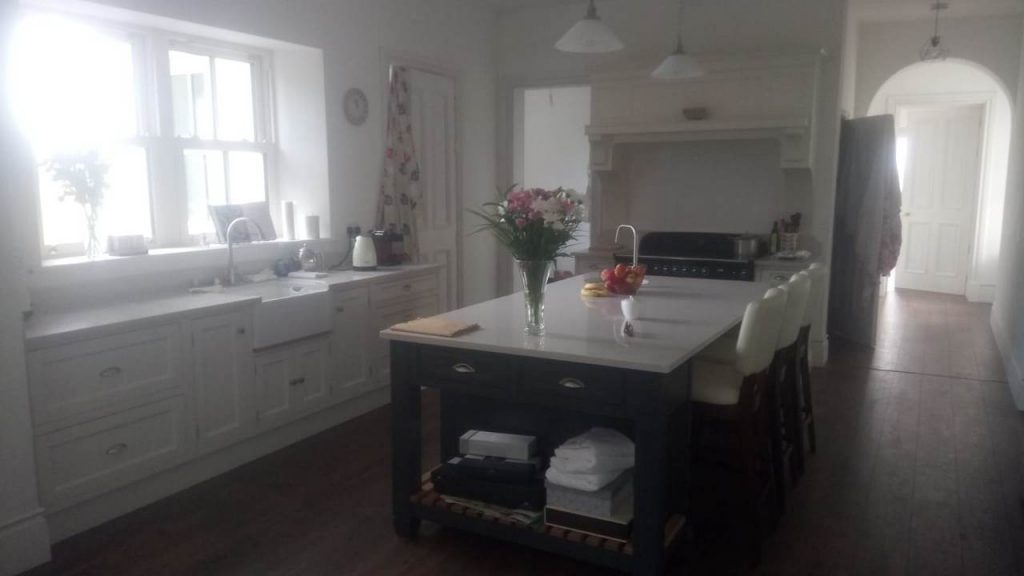 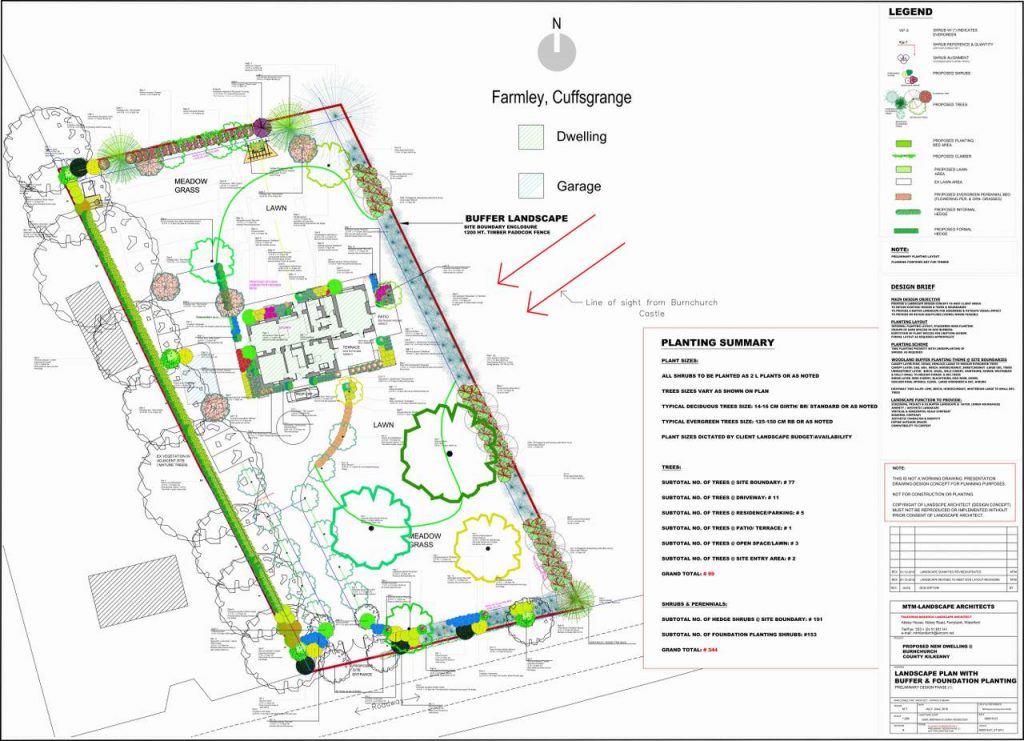 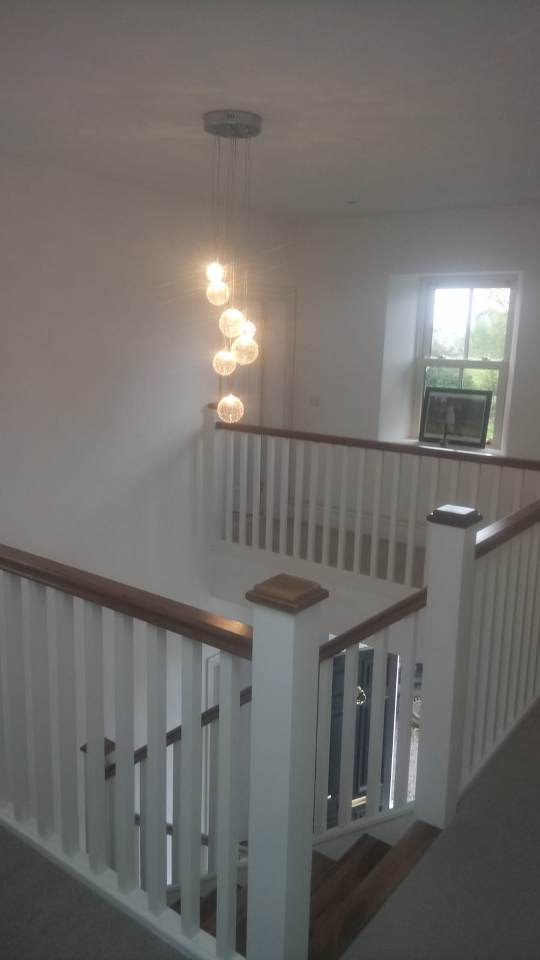 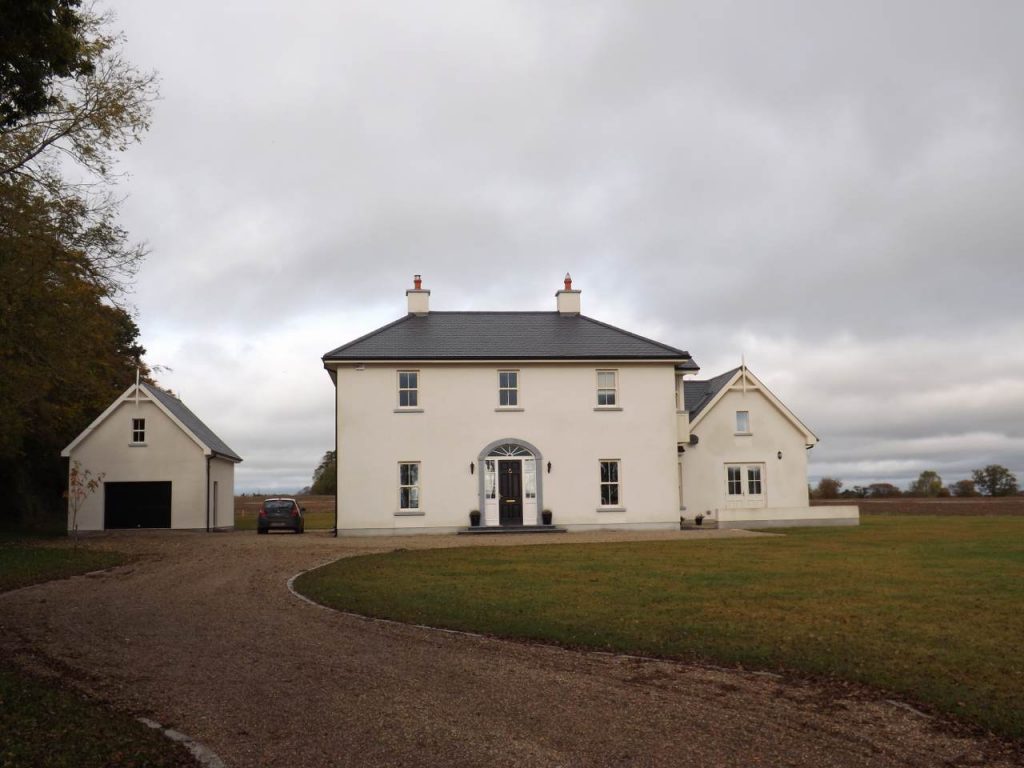 View from the Site Entrance